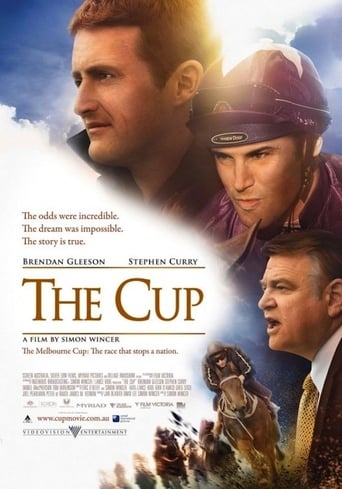 Born into a legendary racing family, jockeys Damien Oliver and his brother, Jason, followed in their father's footsteps. Ray Oliver died tragically in a racing accident when the boys were young. But racing was in their blood, and Damien in particular inherited his father's gifts. His eye was on the greatest championship of them all, the prestigious Melbourne Cup. After years of training, he was ready. Damien would ride the powerful but temperamental Media Puzzle, under the watch of the great Irish trainer Dermot Weld. Some were not so sure about Media Puzzle's chances, but Weld was confident that the great jockey and spirited horse would make an unbeatable combination. As racing day approached, horses, jockeys, trainers, owners, fans and the media from around the globe descended on Melbourne. Weld's fiercest rival, Sheikh Mohammed, the Crown prince of Dubai, sent his best horses, anxious for a Melbourne Cup win. The news channels were filled with talk and speculation about Damien and Media Puzzle. The air was heavy with excitement and anticipation. But seven days before the race, Jason fell while racing in Perth. He was rushed to the hospital, where Damien and his family waited anxiously for the doctor's report. The news was tragic. Jason would not recover. The family history repeated itself. The devastated family made the hardest decision of their lives and agreed to disconnect the life support. Grief-stricken, Damien told Weld that he wasn't sure he could compete - in fact, he wasn't sure he would ever to race again. To race without Jason seemed unthinkable. Struggling with his sadness, with the support of his family and Weld, Damien slowly realized that racing was the one way he could pay tribute to the memory of his beloved brother. In a climatic showdown, as the starting gun goes off, Damien and Media Puzzle leap from the gate. "This is for you, Jace!" Damien shouts as he runs the race of his life. They cross the finish line to the thunderous roar of the crowd. Damien and Media Puzzle win the Melbourne Cup in an unforgettable story that captured the attention - and the hearts - of the world. 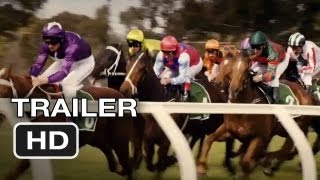 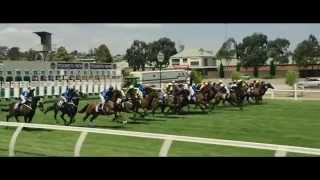 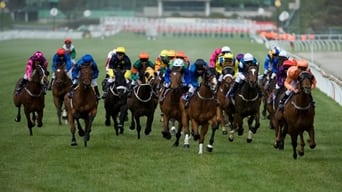